Jean Kalicki is an independent arbitrator in New York and Washington, DC, specializing in investor-State, international and complex commercial disputes. She is a national of the United States.

Until April 2016, she was a Partner at Arnold & Porter LLP, serving as counsel in high-stakes international disputes; she thereafter transitioned exclusively to arbitrator work. In 2020, she joined Arbitration Chambers, an association of independent arbitrators with offices in Hong Kong, London and New York.

Over 30 years, Ms. Kalicki has conducted arbitrations involving six continents, across many industries, addressing issues of public international law and the laws of dozens of countries. She is listed on the roster of arbitrators of institutions around the world and on two rosters for State-to-State treaty arbitrations. 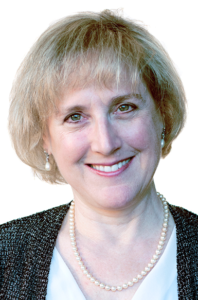 Ms. Kalicki is regularly ranked in Chambers’ Band 1 (“Most In-Demand” Arbitrators) for both Global Arbitration and Public International Law, and was its only “Star Arbitrator” (above Band 1) in the USA for 2019 and 2020. Best Lawyers in America has named her “Lawyer of the Year” in her jurisdiction and practice five times; Who’s Who Legal annually lists her in their “Thought Leaders: Global Elite”; and Global Arbitration Review named her the “Best Prepared/Most Responsive Arbitrator” in the world in 2017.

Additional information about her education and background, experience as arbitrator and counsel, rankings and recognition, professional activities, and publications and presentations is available through the links on the left and in the downloadable CV.